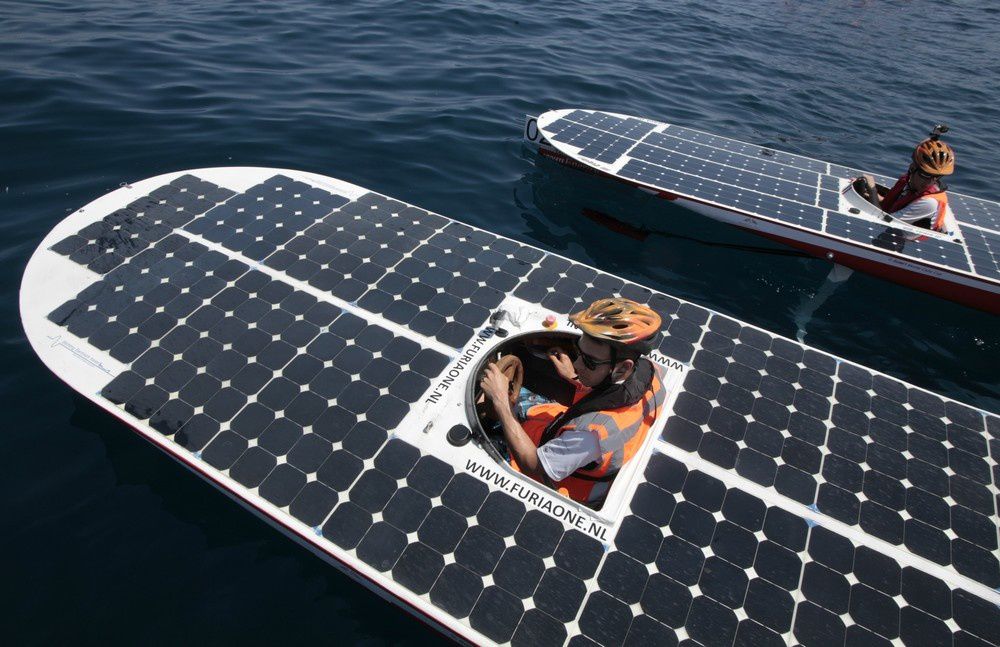 Monaco Solar Boat Challenge
Thursday 14th July to Saturday 16th July 2016
Dutch unbeatable!
Saturday 16th July. With 15 teams from six nationalities, the Monaco Solar Boat Challenge has
shone a bright spotlight on solar energy. Organised by the Yacht Club de Monaco with support
from the UIM (Union Internationale Motonautique) this meeting is unique as it is the first and
only contest for solar-powered race boats to take place on the open sea.
“The Yacht Club de Monaco’s objective is to gather and promote a new generation of engineers,
encouraging them to imagine and build the boats of tomorrow. A reminder that just over a
century ago pioneers were beating a path to Monaco to present their latest developments in
combustion engine technology on powerboats. A tradition that still continues today,” said YCM
General Secretary, Bernard d’Alessandri. Dr Raffaele Chiulli, UIM President, adds: “With this
event we want to promote an energy source that seems to us to be fundamental to the future
development of our sport and an eco-responsible future.”
At the end of three days of competition combining a fleet endurance race, a timed slalom course
and one-on-one duels, the Dutch teams Clafis Victron Energy Solar Boat Team and Dutch Solar
Boat proved their supremacy, winning in their respective classes (Open Class and A Class) for
the third year running.
International YCM Speed Record smashed!
Another highlight was the International YCM International Speed Record, organised in
collaboration with the UIM (Union Internationale Motonautique) over a distance of one eighth
of a nautical mile.
Winner of last week’s World Champion title in the discipline at the World Cup held in the
Netherlands, Clafis Victron Energy Solar Boat Team set a new top speed of 49.10km/h, beating
its own record set in 2015 by 4.7km/h. “We are delighted with the result,” said Gerhard van der
Schaar, the Dutch driver, who recognises that the competition has improved. “We must keep on
our toes as TU Delft Solar Team, second at the World Cup, is getting faster and faster. The
level is close and that really spices up the competition.”
Solar in the sky and at sea
As the Solar Impulse prepares for the last stage in its circumnavigation, participants had the
privilege of a guided tour of the Solar Impulse Monaco Mission Control Centre from where the
Swiss Bertrand Piccard’s solar plane’s epic journey is being orchestrated. A unique opportunity
for this new generation of engineers to learn from the experience of professionals and there was
much discussion on the different techniques and materials employed.
Pause for reflection
The third edition was inevitably overshadowed by the tragic events that took place in Nice on 14th July. The parade held on Friday afternoon was a sombre affair in homage to the victims and their families. These international university students who represent the new generation were keen to show their solidarity and reaffirmed their desire to build a better future together.
Vripack Grand Prix challenge overcome
Alongside the Monaco Solar Boat Challenge, the Vripack Grand Prix was underway with five high school students from Monaco’s Lycée Technique et Hôtelier taking part. It proved a tough challenge for the youngsters from the Industrial Equipment Maintenance and Electronic, Energy, Communication Systems’ streams who managed to build a boat (supplied in kit form by Vripack) in under five days supervised by their teachers. “We are thrilled that we finished the boat on time and even more so to be out there racing,” said a delighted Ossyanne, one of the students.
“It’s true that our main concern was to see the boat afloat, and in the end the results exceeded our expectations. It has been an extraordinary adventure for all of us who do not have any specific knowledge of boats,” said Pierre Borriglione, their electrical engineering teacher.
On course for 2017 with the Monaco Offshore Solar Race
Monaco occupies a privileged position in yachting as it brings together all those involved in the sector. Keen to unite the new generation of engineers with the most prestigious shipyards the Yacht Club de Monaco is launching a new challenge in 2017: the Monaco Offshore Solar Race. This will be a 50 nautical mile offshore race for a new class of solar-powered boats that can accommodate three people and for which the technical specifications have been drawn up in collaboration with the UIM. “This is a new stage in the development of our meeting here in Monaco. The Open Class boats for example are the Formula Ones of the sea which continue to progress as proven by the new speed record, an increase of more than 10%. With this new class (YCM Offshore Class), the ambition is to combine the expertise of boatyards with the creativity of young engineers to build together the leisure boats of tomorrow,” explained the engineer Marco Casiraghi, instigator of the project.