The Peace and Culture Rally 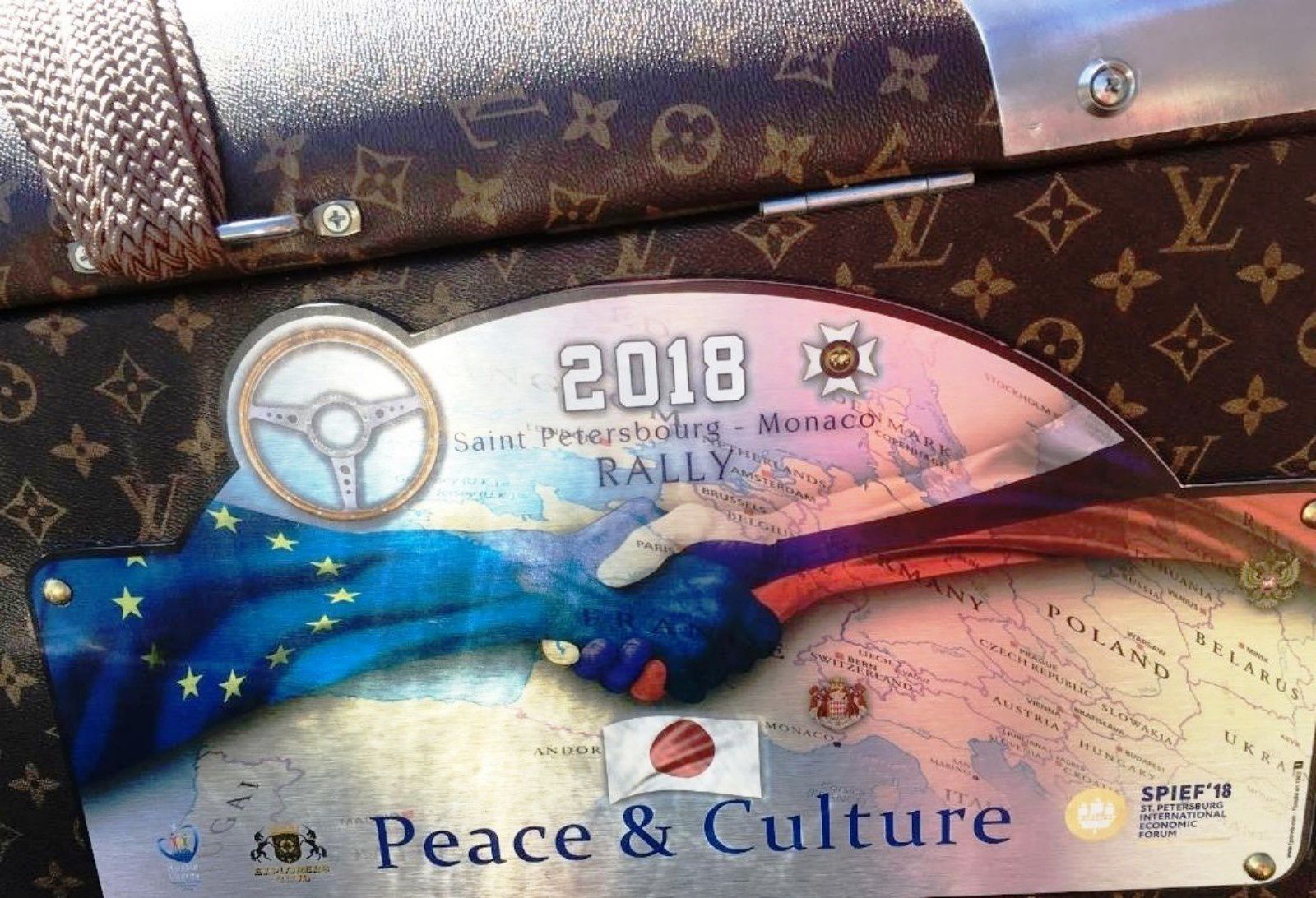 The Peace and Culture Rally idea started sumer  2017
by Mr. Juan Henri Tamenne in Monaco with its aim to bring countries in Eurasian (Here it means Europe, Russia, and also Japan) to join hand in hand by overcoming historical and religious differences and working towards peace and free trade zone  . Mr. Hiromitsu Kawamura from Explorers Club Japan was the only Japanese driver in this rally at that time.

In 2018, the Peace and Culture rally began its journey from Monaco by driving vintage cars to St. Petersburg in Russia with five Japanese drivers and one Thai driver, Mr. Kawamura as the leader this year, Mami Okano, Yaeko Kobayashi, Haruka Yoshimori, Manami Kono, and Ek Chaya-ngam, from Explorers Club Japan , a  well team from France , Monaco and Belgium , and United Kingdom . All the  Japanese team where as well members of Monaco’s association “Amitié sans Frontière” .

These vintage cars were displayed in front of the main entrance of the Summit Economic Forum of Saint Petersburg, where the Russian President, French President and Prime Minister of Japan attended the meeting .

This means all the Japanese team were as well  members of the Monaco association “Amitiés sans Frontières” representatives of Japan and also thanks to the partnership of the Zepter Monaco which support the future Rally Monaco- Russia -Tokyo to join the Olympic Game of 2020 .

Prime Minister of Japan, Mr. Shinzo Abe has meet mister Juan Tamenne and japan de team member during his visit to the forum and exchanged words of real interest toward the Monaco Russia .

We proudly explained about our purpose to do the Peace and Culture Rally to St. Petersburg and we expressed our intentions to do another rally from Monaco to Japan during the time when Japan will hosts the Olympic Games in 2020. Prime insister of Japan  exchanged words by showing his real  interests on the Olympic rally monaco Russia Japan .

The Peace and culture rally Saint Petersburg to Monaco  could not be a success without leadership of Mister Juan Henri Tamenne his close cooperation and strong passion to unite Europe, Russia and Japan all together. Mister Kuri Ufmanof and his fundation was essential for our logistic in Russia Explorers Club Japan and Amities sans Frontière Japan continues to expand its belief to make our lives more valuable .

The Peace and Culture rally  will continue in  2018  to pray and driving  to for peace from Hiroshima to Nagasaki  regarding  atomic bomb anniversary   and as well made a part of a regular training and Eurasian team  preparation of the world longest classic car rally  Monaco Russia Japan ,  leaving Monaco the 20 of May2020  to arrive the 18th of July for the Tolyo Olympic Games , the rally  will end with a grand gala Amities sans Frontière  supported by 1000 Japanese members of the Monaco  association.