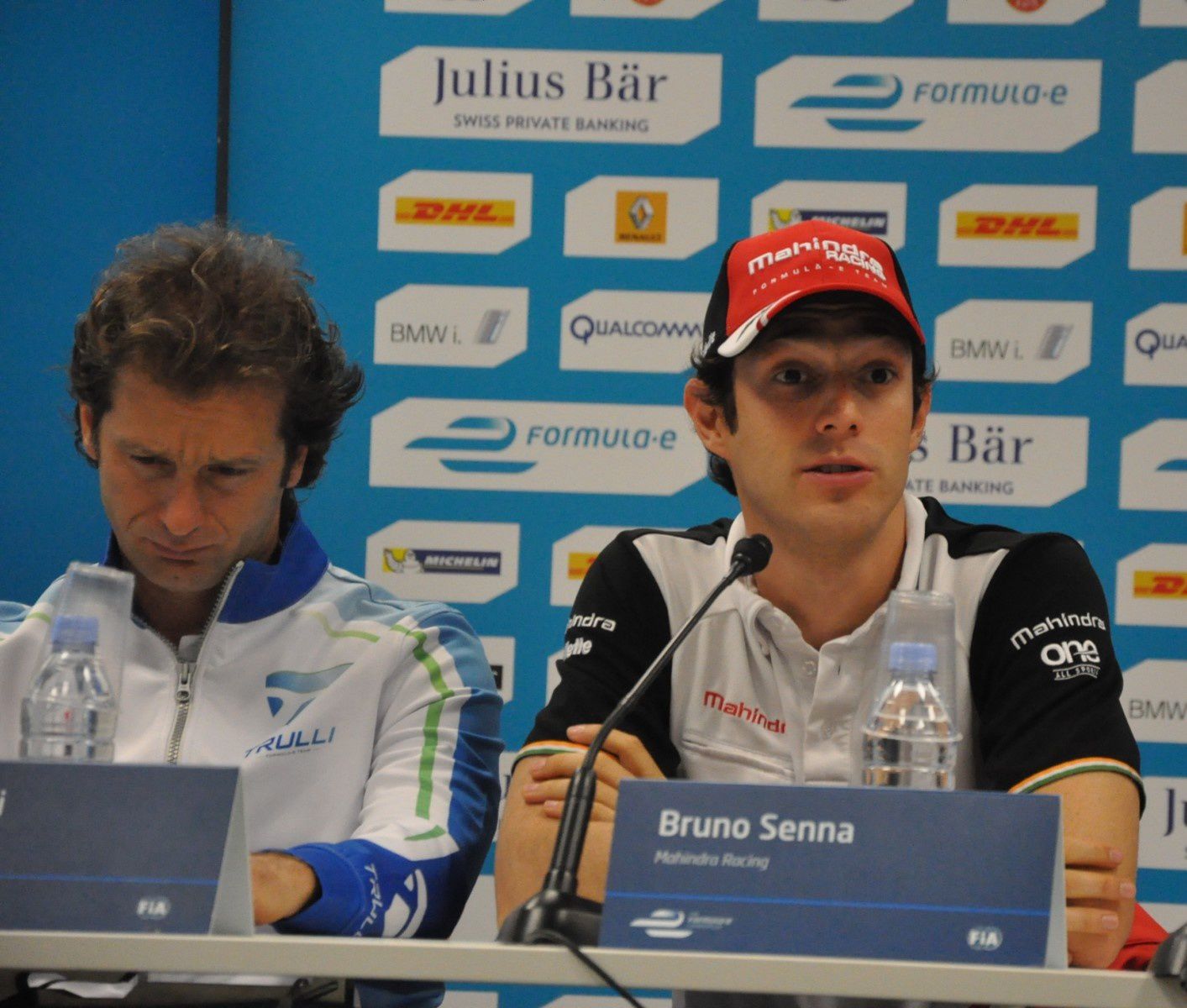 ~~ VIRGIN RACING ARRIVE IN ICONIC MONACO Virgin Racing drivers Sam Bird and Jaime Alguersuari have arrived in Monaco prepared to electrify the famous street circuit Virgin Racing drivers Sam Bird and Jaime Alguersuari hope to make history by winning the first Formula E race on the Monaco ePrix circuit, one of the most historic racing locations in the world. The British team are visiting Monte Carlo for the first time as the electric-racing championship arrives in Europe. Entering a crucial stage of the season with just five races remaining, the Virgin Racing team are in third position on 82 points but with two drivers very familiar at this circuit, will be hoping to break into the top two following this weekend’s race. British driver Sam Bird will be hoping to give European fans a fantastic day of Formula E action, having won his last two races in Monaco competing in World Series by Renault and GP2 and is wanting to make it a hat-trick of victories. Jaime Alguersuari also has a lot of experience at the Monte Carlo venue having raced here several times in Formula One. The 25-year-old will be keen to take his place on the top step of the podium and join the list of six different winners in as many Formula E races. A place where registered automobiles outnumber the citizens, Monaco is the perfect setting for an electrically charged race. The 1.76km Formula E track is a modified configuration of the iconic GP street circuit with the Formula E cars using the same famous start/finish line and tackling the familiar race features including the well-known Tabac and Swimming Pool corners. Speaking ahead of the seventh e-Prix: Sam Bird, Virgin Racing driver said, “I’m very much looking forward to racing in Monaco because it holds a special place in my heart. It is a circuit that I have done very well at in the past and my main ambition for the next Formula E race is to make it a hat-trick of victories in Monte Carlo. Monaco is the only circuit in this championship that we are familiar with as drivers, so it is going to be an exciting race. I started on pole here in 2011 and won races in 2012 and 2013, so let’s go get another 25 points!" Jaime Alguersuari, Virgin Racing driver, said, “There is no better place for drivers to show there abilities than at the Monaco circuit. It is one of the toughest and most challenging race tracks in the world, which makes it one of the most exciting for fans. Monaco demands the very best of drivers both physically and mentally and the walls are so close that you cannot afford to make any mistakes otherwise your race will be over. The atmosphere is always great in Monte Carlo, too. There really is no other race like it anywhere in the world and that is why it means so much to me, and the rest of the Virgin Racing team, to want to win here. Hopefully I can enjoy a challenging race but make it an event to remember." Alex Tai, Virgin Racing Team Principal, said, “When you think of motorsport, you think of Monaco and so it is incredibly exciting that Virgin Racing are heading here in the inaugural Formula E season. We are in a strong position as a team entering this race as we have two very experienced drivers on this circuit, but as we know in this championship, anything can happen. As a team, we will try our best to put on an brilliant show for both existing Formula E fans and those who are experiencing it for the first time and hopefully we can make history with a podium." The seventh FIA Formula E race will start at 4pm local time (3pm GMT+1) and will be broadcast live on ITV4. For more information on the Virgin Racing Formula E Team, please visit this website: http://www.virginracing.com