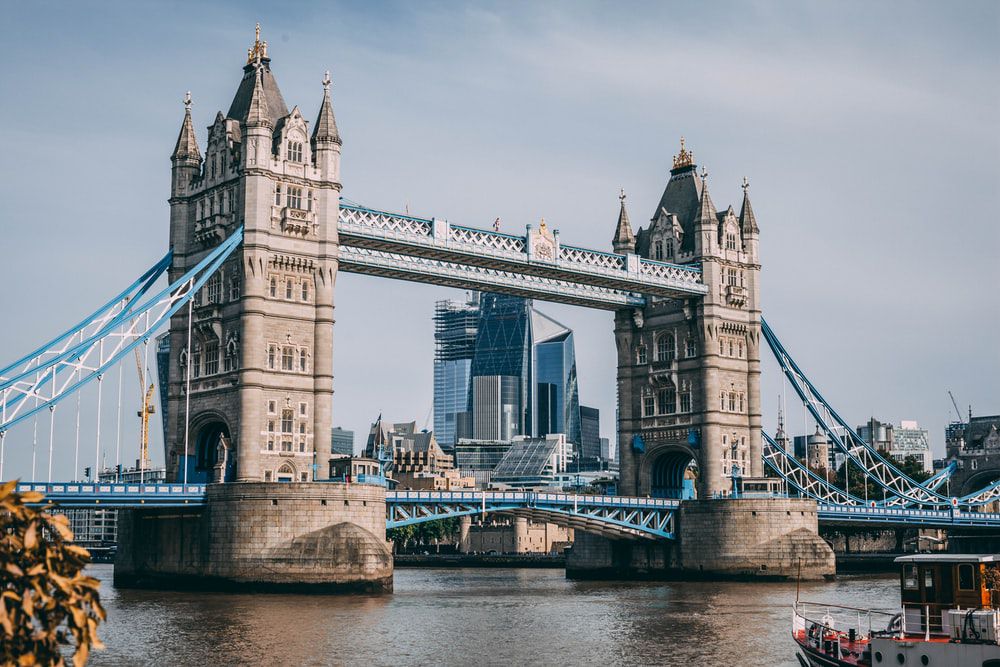 Halima Abdallah Rashid Al Sayegh is flowing around the treasures of the past, discovering the mystery of Emirati architecture, archeological jewels, old customes, habits, historical origins and the beauty of being an Emirati. Halima is a professor ,writer and artist dedicated to the old times and origins of her country and ancestors. I am talking to Halima Al Sayegh with the confidence and trust of a writer having a rich conversation with another writer, building a cross cultural project with so many similar ideas, visions and targets, going beyond our identity, nationality or traditions. She is very much influenced by the old, sparkling Venetian culture, the French rich treasure of Arts, and very much in love with the glamorous Monaco especially at summer time when in Dubai is hot weather and no shadows at all.

Halima Al Sayegh, member of the oldest goldsmith family in United Arab Emirates, is the recipient of numerous nationals awards as recognition for her heritage's books, literary studies and researches about the ancient Emirati swords and traditional jewelry. Her latest precious creations are inspired by Sheikha Fatima Bint Mubarak spouse of the legendary Founder of United Arab Emirates Sheikh Zayed Al Nahyan - the jewelry creation in gold symbolizes the traditional burqa - and  another unique creation inspired by Sheikh Mohammed Bin Zayed, President of UAE, represents an ancient sword with the finest design of arabesque and spectacular shapes.

As a professor and writer, Halima Al Sayegh  continously spreads the values of the Emirati heritage as basis of a multicultural society. As a member of the  Emirati Business Women Council she is active and supportive of the women empowerment. As she says ,, a modern society is based on the women and men contributions in equal way.

We love European cultural values and we are very determined to build up bridges between our ancient traditional customs and other countries. Our heritage is magnificent, inspiring since centuries many scientists, historical travelers and writers. Goethe, Lady Gertrude Bell and so many Italian, French, British artists were undoubtedly convinced that cultural exchanges are basis for a beautiful future for all of us. I am very much determined to bring our culture to Europe and your own cultural treasure to us, so we can learn from each other, growing together with spiritual and inspirational visions". 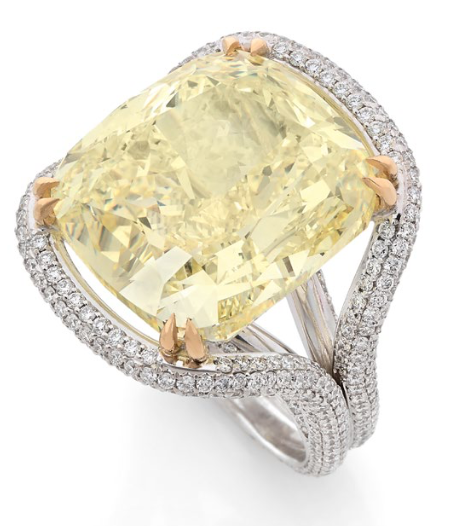 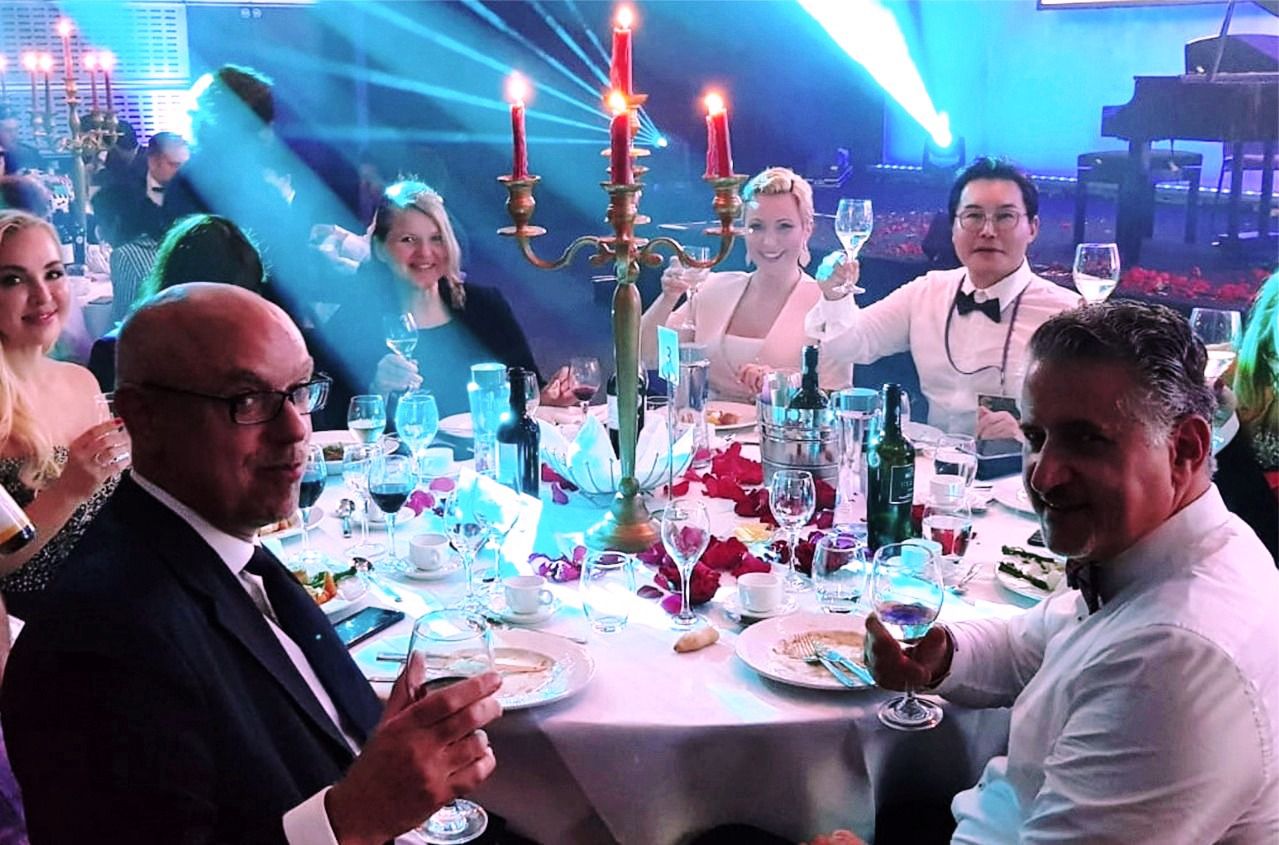 1/How did the CC Forum project originate?

The concept of an investment forum that would get together global movers and shakers and would enable them to brainstorm on the existential issues mankind is facing today, was born a few years ago. It originated over the course of my participating in a number of conferences around the world as a keynote speaker and a panelist. At some point in time I realised: here is the need to create a new brand with a focus on sustainability. I believe that nothing is more important today than a whole range of pressing, existential problems we are all facing: climate change (btw, CC stands for Climate Change), fighting poverty, government strategies, renewable energies, waste management, healthcare, education, social inclusion and philanthropy.

Over the last few years I have been motivated at a personal level, too, by my very offspring

: I am getting increasingly embarrassed to hear the sort of questions asked by my 11y.o. twins: "Daddy, how come that last year we were in Davos we could go for skiing, and this year we cannot do so because there is not enough snow?" or "Daddy, how are we going feed all the population in Africa in 10 years' time?" I do not have the answer to these questions. That is why I am readressing them to the powerful.

In practical terms CC Forum has been conceived as a place where the brightest sustainability related startup could showcase their projects and connect to major investors.  In other words, CC Forum is first and foremost a club of impact investors.  At no point in recent history of mankind did sustainability issues come to the fore so acutely. Paradoxically, the Covid19 crisis has provided the right framework and highlighted the interconnectedness and the interdependence of Man and Nature.

2/. What is the reasoning behind HSH Prince Albert's involvement in the Monegasque edition of CC Forum?

His Serene Highness has been a globally recognised figurehead in environmental campaigning. He has launched a number sustainability initiatives which include establishing a foundation of his own names that supports a variety of projects dedicated to fighting climate change, preserving the ocean and innovation. He both organised and participated in many fundraising events. So, it has not been by chance that our request for Him to become Patron of the upcoming 4th edition of CC Forum "Investment in Sustainable Development" has been met by HSH with enthusiasm. The Sovereign Prince has not only agreed to lend his name to the Monegasque edition of CC Forum, but also to inaugurate the conference and take part in the key Mainstage panel discussion "Rethinking the World's Paradigm: What Are the Ways of Averting the Disaster?"

I had the honour of receiving an audience by HSH at the Palace of Monaco around a month ago. I could not help expressing my admiration for what his achievements and simply told him: "You Serene Highness, you are an inspiration!" I also shared with Him my sincerely amazement at how drastically Monaco has changed for the better over the past ten to twenty years thanks to the innovative and wise approach  that He has adopted for the Principality. HSH was pleased to hear that.

The idea behind holding one of the annual editions of CC Forum in Monaco is further establishing the Principality as a key global player in working out efficient and long-term solutions to the huge problems our planet and we as a species are confronting today.

3/. What about  the programme of the event?

The event had been scheduled for 24th-25th of September back to back with the Planetary Health Gala on 24th.

We had a Drinks Receptions on the eve, the 23d as a warm up session.

The conference itself  kicked off on Thursday 24th September with the Sovereign Prince scheduled to deliver a welcoming keynote in the morning. There was a panel discussions, keynotes, debates, fireside chats and even a dedicated pitching session in the style of shark tank.

4/.What about the great Placido Domingo as a guest of honour?

Yes! the legendary Maestro HAS been the guest of honour

.  His involvement in the CC Forum Monaco's gala is not just attending as on onlooker. The legendary Maestro kindly agreed TO PERFORM at the Gala.  Placido Domingo is a rare example of longevity in the arts and remains on top form. CC Forum's Gala enabled him to showcase the best of his repertoire both as a tenor and a baritone with the chamber orchestra consisting of the members of the Monaco Philharmonic and in cooperation with a wonderful Belgian soprano Isabelle Cabatu.

The 25th  on  day II of the conference with the brainstorming continuing at workshops and round tables.

The main event of Friday 25th September, however, was the black-tie Investors' Gala Dinner & Awards Giving Ceremony with HSH who attend the first part of the Gala and the  highly versatile Gala that even included ceremonially unveiling a green Hypercar worth 2,3M by an iconic luxury car maker.

The event also was petering off with a few private yacht after parties.

The important part of the black-tie Gala is our Awards Giving Ceremony. I am pleased to confirm that Maestro Placido Domingo is one of the recipients of our prestigious Awards. His nomination is unique and is titled "In Recognition of Lifelong Achievements in Helping the Victims of Natural Disasters".

The other public figure is a well known environmental campaigner Stanley Johnson, father of the UK's Prime Minister Boris Johnson

5/. What goals does CC Forum seek to achieve?

As mentioned, the main objective of the event is convening the world's thought leaders and providing a global platform for working out consistent long term strategies to resove sustainability issues. The previous editions of CC Forum have been attended by high net worth impact investors, policy makers, members of royal families and international celebrities.

Our London edition last October received a royal greeting by Her Majesty Queen Elizabeth II. Hopefully, the Monegasque edition will be no exception in that it will garner a stellar line-up even under the circumstances.

6/. After the big success in Monaco, do you think of putting on CC Forum in the Principality in the years to come?

Absolutely. Provided the event lives up to everybody's expectations, we are keen to hold CC Forum Monaco annually thus further enhancing the reputation of the Principality as a global sustainability think tank and decision making platform. We are counting very much in this regard on the continued support of HSH Prince Albert II Grimaldi of Monaco.

Alan Landry (The voice of Monaco) and Mrs. Simone Denis Secrets of luxury events | Behind the scenes Monaco | Christmas ball

Welcome on my channel! My name is Sandrine Knoell and I am founder of Bal de Noel, charity Christmas ball that takes place in Monte Carlo for 14 years in a r... Also the presence of Countess Elena Felice of Bacci great supporter of the next Classic Car rally Monaco-Russia -Japan to join the 2020 Olympic Games in Japan, a 13,000 km trip, there was also the presence of Japanese , Africans , Russians , Japanese  and Chinese guests . 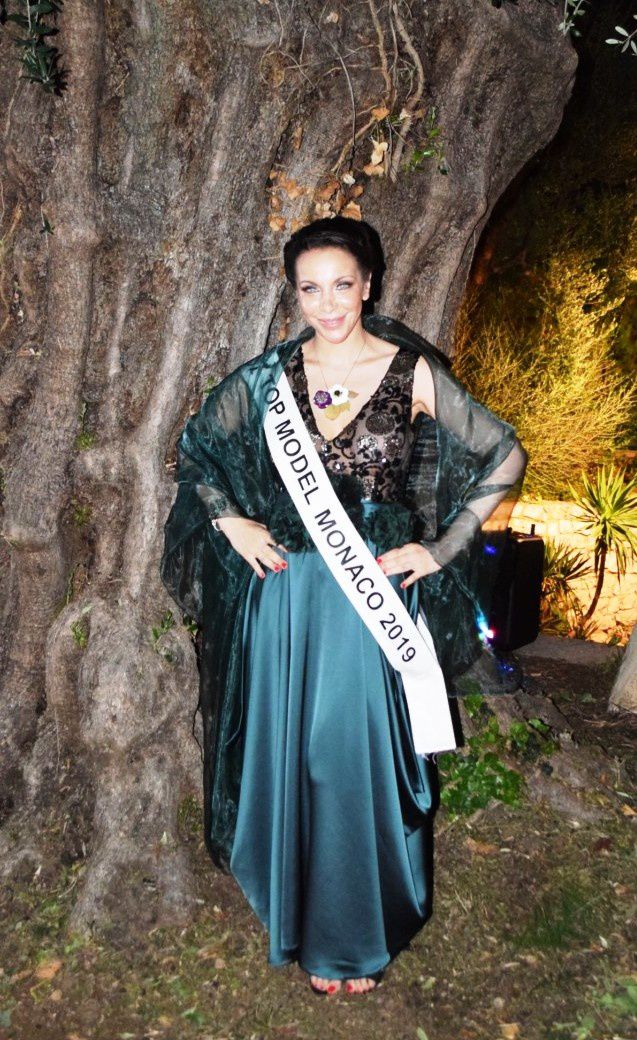 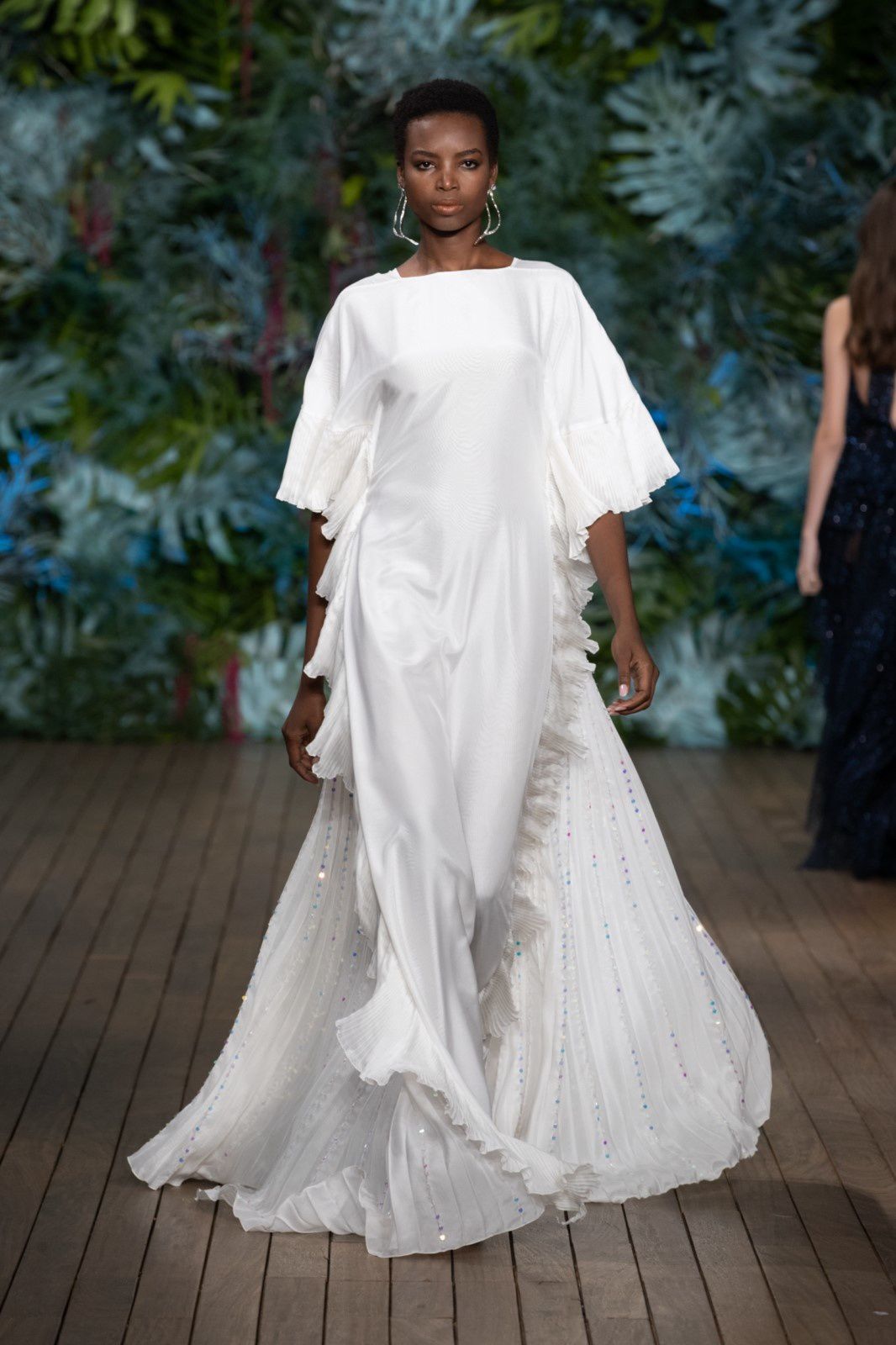 Alberta Ferretti Show at the Yacht Club of Monaco, Saturday, May 18, organized within the framework of the MCFW 2019 Resort, Cruise & Capsule Collections SS 2020 and other associated events.

Following designers which photos are attached:

Audrey Vallens – The designer from Sydney, Australia, presented her contemporary Swim - Gym - Street new collection at the MCFW 2019. AV is dedicated to creating outfits that reflect an individual way of life. Their objective is to produce simple pieces, with a twist.

Osman Pamuk – The designer from Turkey dazzled the MCFW catwalk with his delicate, beautiful, feminine and timeless collection.

Prochazka Carbon Luggage, from the Czech Republic, introduced their collection of ultra-light carbon fiber luggage, bags, and accessories, built following the family company tradition established in the Czech Republic n 1930. They use exclusive Italian leather, and all its components are hand-made with the highest precision handcraft.